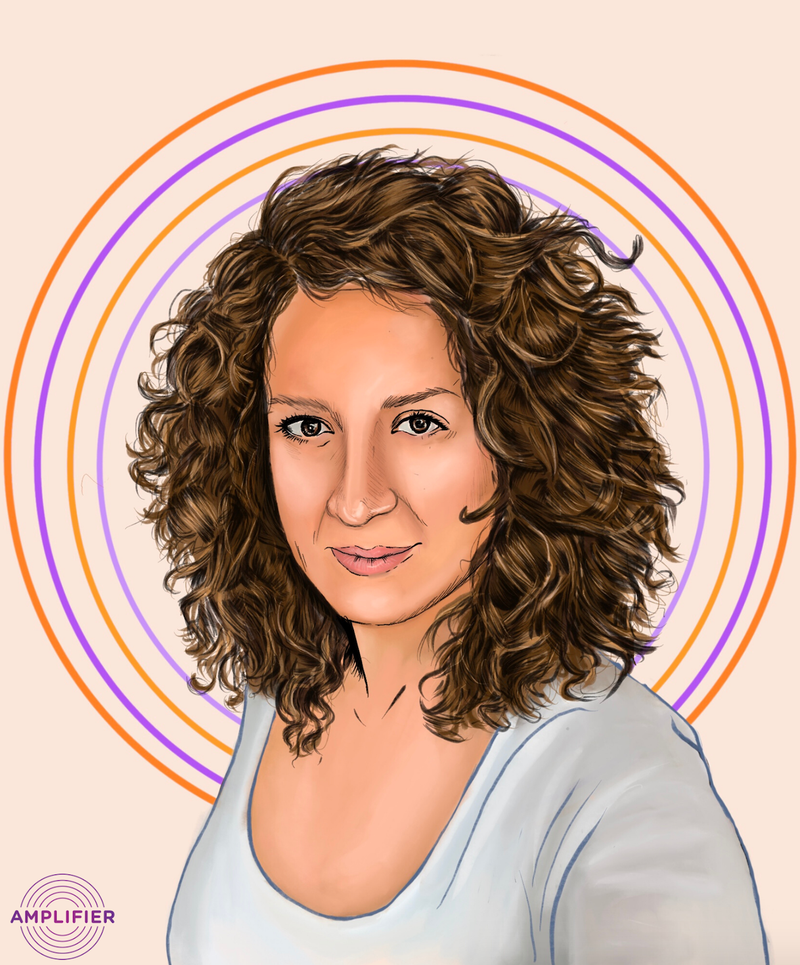 Lana Alman comes from a culture where mistrust of philanthropy is commonplace. Now, she's facilitated collaborative giving experiences all over the world.

Q: Hi Lana! Thank you so much for taking the time to chat with me! Can you tell us a bit about your work?

A: I’ve been the Associate VP for Global Engagement at BBYO for about a year, where I work with youth in over 50 communities around the world. For 11 years prior, I did government consulting for healthcare, defense, and intelligence clients. A year ago I decided to see if I could merge my interests. Global Jewish communities have always been of interest to me!

Q: Can you tell me about your involvement with giving circles?

A: My first exposure to giving circles was almost 3 years ago, when I co-chaired a JDC Entwine trip to Israel. After I returned, I was so intrigued by giving circles that I started to explore ways to get more involved. Based on the research that I did on the Amplifier website and on my own, I began to really understand the magic of giving circles. I learned about how giving circles build a strong sense of community, that they can include various kinds of resources combined, like time, money and skills, that the format can be endlessly diverse, and that the participants can be just as diverse, as well.

During a conversation with Joelle Berman, former Executive Director of Amplifier, she told me that Amplifier was looking for a Spanish-speaker to facilitate a pop-up giving circle at Lazos to introduce young professionals in Latin America to collective philanthropy and asked if I’d be interested. I didn’t really know what a pop-up giving circle was, but I was so excited, that I said yes! To prepare for the Lazos Summit, and continue learning about giving circles, I flew to San Francisco to attend Amplifier’s annual convening.

After leading the pop-up giving circle in Cancun, Mexico, I came back to D.C. and got involved with a women’s giving circle. I felt if I was going to get more involved in the work, that I wanted to be a participant of a traditional giving circle.

Q: Wow, you’ve been able to do so many interesting things with your collective giving. I’m curious, how does your identity play into your work with giving circles?

A: Coming from the former Soviet Union, the idea of tzedakah came much later in my life. A common denominator between Latin America and the former Soviet Union is that there’s a mistrust of institutions, because there’s so much corruption. To be honest, I was skeptical when I first encountered giving circles. When I send my money somewhere, where is it really going to end up? I don’t know. With giving circles, we don't have to worry about those trust issues. We can decide where those funds go and we can have a direct relationship with the organization.

At Lazos, the winning project was a Peruvian team that wanted to support a remote Jewish community in the Amazon. I was so curious about the project, that I ended up traveling with them to Iquitos, Peru to meet the community and learn more about the work. I wanted to see for myself: What’s the impact? What can we do with $2,000?

What I loved is that the participants thought I was this American bringing a suitcase of my own money to be donated to the project. I revealed to them that the money was taken out of their participation fee for the Lazos summit. That got them so excited. Even though we don’t have a strong philanthropic culture amongst people from the former Soviet Union or from Latin America when compared to the US, what we do have is a strong sense of community. The small parts making something big is what resonated with me and with the participants at Lazos.

Q: Amidst COVID-19 and the confrontation against anti-Black racism in the U.S., how is collective giving more important than ever?

A: I think it’s always been important. What I think is different now is that it’s more doable. We have the advantage of technology. It doesn’t matter how far you are, you can speak about the issues, you can learn about organizations, and you can assess your values. With the power of technology, we can help out today, more than ever.

Q: How can people who are inspired by this work get involved?

A: I recommend finding a giving circle, a small one, and just observe a meeting or two. Ask questions, and expose yourself to different formats.