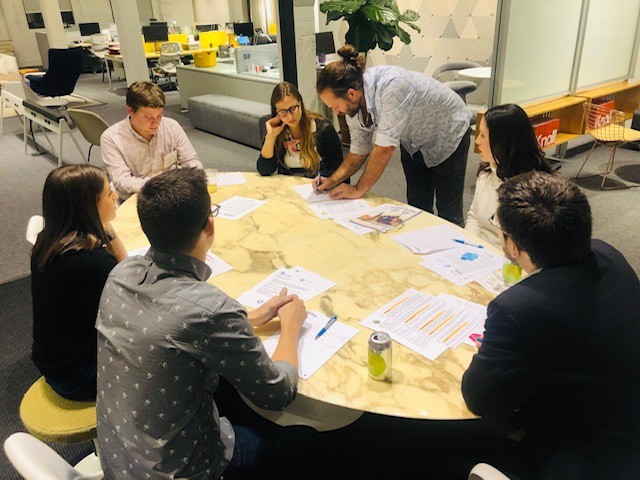 For generations, Jewish Federations across the continent have engaged tens of thousands of people in Jewish philanthropy, leading the way in innovations for young leaders, women’s philanthropy and more. To support and encourage the innovative strategies of the future, The Jewish Federations of North America is pleased to announce a new effort, made possible thanks to generous support from the Charles and Lynn Schusterman Family Foundation, that brings Amplifier, a philanthropy idea generator, under one collective roof.

“Amplifier, an organization incubated at the Natan Fund, has been a leading voice when it comes to reimagining and inspiring thoughtful, collaborative giving inspired by Jewish values,” said JFNA’s National Campaign Chair David Brown, “Their integration with JFNA will pilot and grow new giving tools and ideas.”

Below are just a few examples of how Amplifier has already worked with Jewish Federations:

In addition to its work with Jewish communal organizations, Amplifier@JFNA will continue to serve as a leader and Jewish voice in the broader philanthropic ecosystem. Several years ago, with support from the Bill and Melinda Gates Foundation, Amplifier helped to shepherd a design process together with the Asian Women’s Giving Circle, Philanos (formerly the Women’s Giving Circle Network), the Community Investment Network (a network of giving circles of people of color), and the Latino Community Foundation, which ultimately led to the creation of Philanthropy Together, a national project to scale and strengthen the collective giving movement.

Felicia Herman, Amplifier’s Founder and Advisory Board Chair notes, “Amplifier has already made substantial contributions to the landscape of Jewish philanthropy, and at JFNA, they will be able to accelerate and expand their ability to pilot new models and ignite more giving which is so urgently needed right now.”

“Throughout our history, and especially in the past few months, JFNA and local Federations have demonstrated the necessity and power of communities coming together,” said Brown. “Bringing Amplifier under our roof will ensure that we continue to serve as a home for innovative ideas, tools, and resources in philanthropy in the years to come.”

This article was originally published in eJewish Philanthropy.