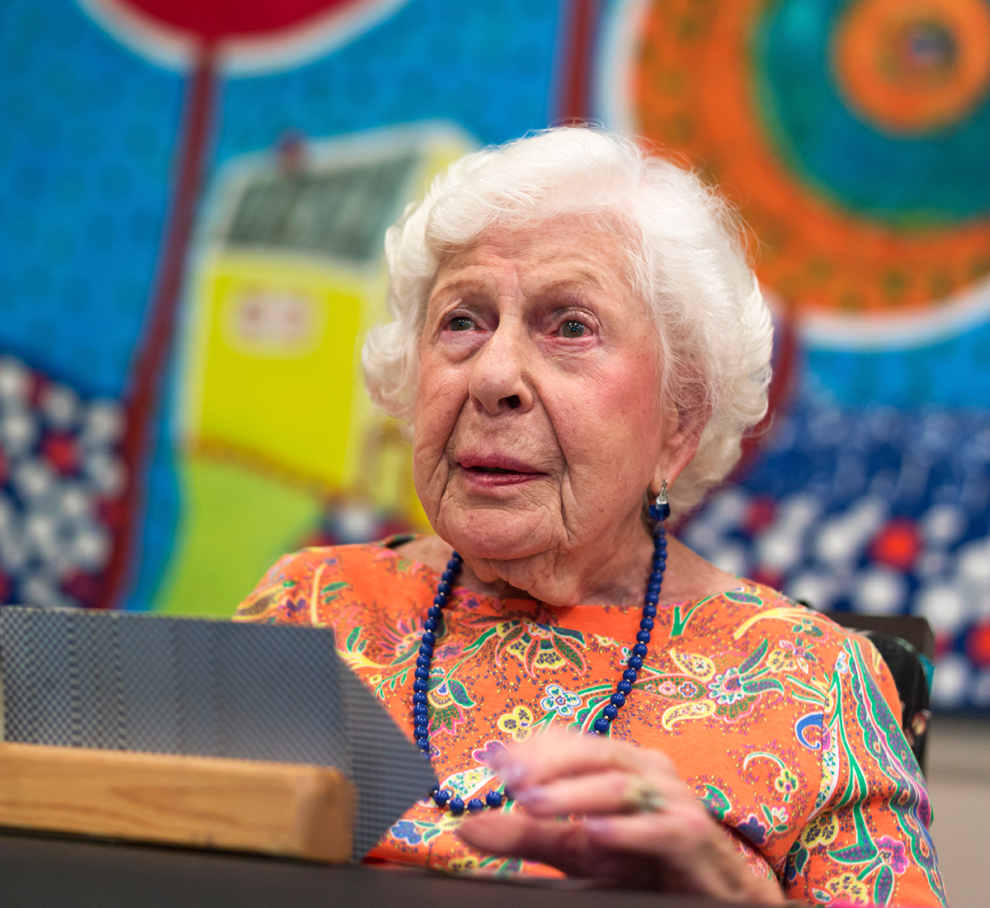 As the Holocaust recedes into the past and the remaining survivors age, it is more important than ever to make sure that its lessons, and the message of Never Again, will be taught to current and future generations of children. That is the goal of the Never Again Education Act. The bill passed in the House of Representatives by an overwhelmingly bipartisan vote on January 27, International Holocaust Remembrance Day and the 75th anniversary of the liberation of the Auschwitz Concentration Camp, and then passed unanimously in the Senate on May 13.

The Jewish Federations of North America, in partnership with Hadassah, led a major national advocacy effort to ensure the bill’s passage, including a grassroots campaign to demonstrate public support. Critical to the legislation’s success was the effort to work closely with Jewish communal agencies to connect with Holocaust survivors and encourage them to sign on to a letter in support of the bill. This grassroots effort collected more than 1,800 signatures from survivors in 38 states. Three hundred and fifty community groups from every single state helped galvanize political support.

In Broward County, FL, home to one of the largest concentrations of Holocaust survivors, Evan Goldman spearheaded the local effort to engage survivors in signing the online letter. Goldman, the vice president for community planning and government relations at the Jewish Federation of Broward County, emphasized the importance of collaboration in making it happen.

“This is a story of a partnership to support our most vulnerable Holocaust survivors,” said Goldman. The Federation also worked closely with non-profit partners like Goodman Jewish Family Services and Broward County’s Congressional delegation to ensure strong support. “Broward’s Jewish agencies and Congressional delegation are committed to both the State of Israel and our local Jewish community. The Never Again Education Act is part and parcel of that collective effort,” Goldman added.

In Chicago, home to another large community of Holocaust survivors, Yonit Hoffman, director of Holocaust Community Services at CJE SeniorLife, led the charge. CJE SeniorLife, a Federation-funded agency, serves 1,700 survivors on a regular basis, and over 90% are Russian speaking. “We do lots of education, training and advocacy around their stories, which are less heard and less represented in museums and other educational settings,” she said.

Hoffman had the letter to Holocaust survivors drafted by JFNA translated into Russian, and sent both English and Russian versions to more than 2,000 people. She also shared the translated letter with other Federations so they could reach Russian-speaking survivors in their own communities.

The letter, sent just as the Chicago community was planning a commemoration of Babi Yar and the Holocaust in the Soviet Union, yielded 452 Chicago signatures. “Since many survivors don’t have access to computers, we created a special phone line so they could call and give us permission to add their names. We’re always looking for ways to empower survivors.” Hoffman plans to send another large mailing to let the survivors know that they made a difference. “It’s important for them to know their voices were heard,” she said.

The bill provides for $10 million in funding, which will go specifically to the United States Holocaust Memorial Museum (USHMM) to bolster their education programs and provide resources to educators. USHMM plans to create a free database for educators to use for lesson plans and training modules. In a time when anti-Semitism has spiked to historic levels, according to ADL’s latest Audit of Anti-Semitic incidents, it is critically important to make sure the lessons of the Holocaust are taught and understood widely. That’s why this has been such a compelling issue for survivors.

“There’s a critical need for Holocaust education today, and I can’t overstate the importance of this legislation,” said Mark Wilf, Chair of The Jewish Federations of North America Board of Trustees. Wilf, the son of Holocaust survivors, also chaired the National Holocaust Survivors Initiative, which raised funds for essential services for Holocaust survivors.

“I’m grateful that this legislation has passed, and pleased that our elected officials are committed to this important cause. Ensuring that educators across America are able to access the resources they need to share the lessons learned by this resilient group will be important for generations to come.”