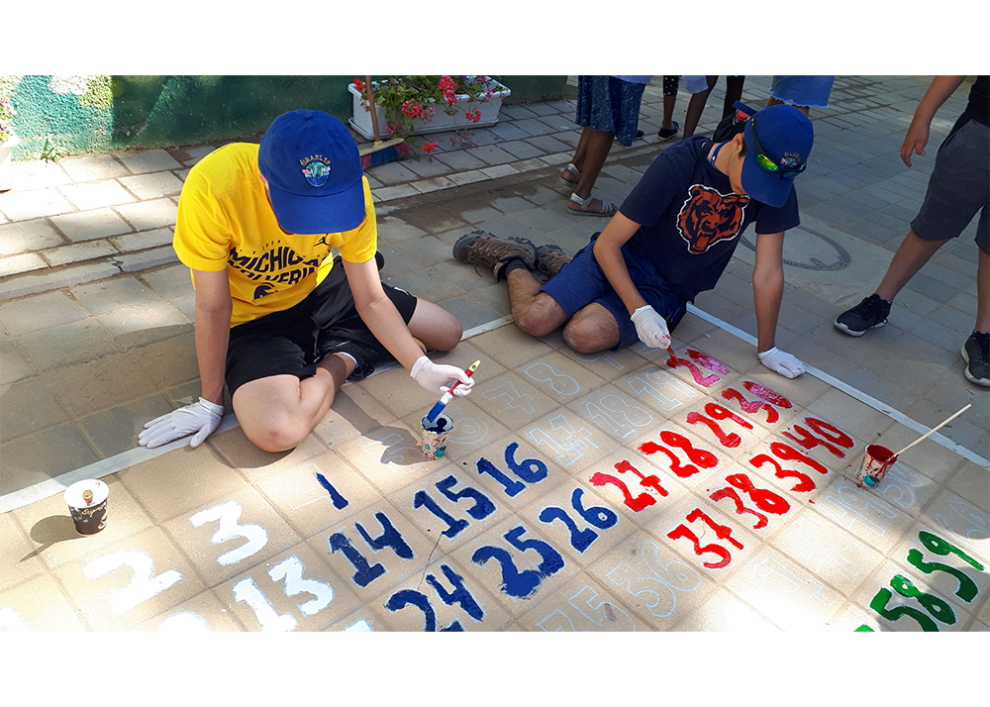 When the Chicago-Kiryat Gat-Lachish-Shafir Partnership was looking to maximize impact with a flagship project six years ago, it didn’t take much effort to identify education as the one area in which the gaps were the most apparent and where our community could have the greatest influence. Our flagship project, Israel Children’s Zone (ICZ), provided a comprehensive intervention in state and state-religious elementary schools in the region, encompassing 6,500 students aged 6 to 12 as well as hundreds of teachers. We provided the schools with a full mapping of every child’s need and supplied a basket of therapies and interventions, giving solutions to almost 100% of kids’ needs – emotional, social and academic. Independent assessment proved that for many, we “moved the needle.”

As planned, the program ran for five years and left behind the building blocks that would allow schools to continue running it, albeit using other funding sources. It was now time for us to build a new flagship project and after discussions with the mayors in the region and their staff, and after researching many different needs, we reached the conclusion that the next flagship project would again support the educational system, but this time focusing more closely on STEM education: Science, Technology, Engineering and Mathematics, which we decided to augment with another “E”, for English – a subject sorely lagging behind when it comes to schools in Israel’s periphery, yet a necessity when it comes to the job market. Thus was born ICZ 2.0 – STEEM.

After much research and generous support from a community leader active in the partnership, we funded in conjunction with Intel Corporation and others a year-long mapping process to identify the gaps and needs in our region’s STEEM education. We then identified two organizations specializing in STEM education and brought them together to form a unique, unified and indeed unprecedented partnership to design and implement a program in our region. We chose the Davidson Institute (the Weizmann Institute’s educational arm) and Beit Yatziv, a teacher training center located in Beer Sheba, to train our region’s teachers in the most cutting edge methods of imparting STEEM learning to 21st century students. The project will roll out in September 2019 in 17 schools and will eventually scale up to 24 schools – including Haredi schools. It will create a STEEM ecosystem and “language” encompassing teachers, students, learning spaces and a connection with the community at large.

Israelis and Americans Working Together

The Partnership steering committee, composed of half lay leadership from Chicago and half from the Partnership region, approved the budget for the project. Other partners include local authorities, corporations and private donors. Once implemented, ICZ/STEEM will run in full conjunction with the Ministry of Education and the heads of education in the three regional councils. They will take ownership over the project’s content, determining its scope and breadth and making sure that all schools are able to maximize its potential.

By addressing the gaps in STEEM education among third to sixth graders, the project has a robust, long-term goal: to grow the number of students electing to study (5 point) high-level  math, physics and science for their high school matriculation exams. There is a direct correlation between 5-point matriculation in these subjects and eligibility for service in the IDF’s elite technological units such as 8200. Once trained in those units, graduates of the STEEM initiative will have gained years of hands-on experience and access to countless possibilities for academic advancement and, ultimately, gainful employment in Israel’s hi-tech industry, which currently has a shortage of close to ten thousand qualified engineers and will likely need many more as the tech sector continues to grow. With Intel, HP and other tech companies employing thousands in Kiryat Gat, employment opportunities for alumni of our program are almost endless.

For the Chicago community, project ICZ/STEEM is a great fit. It continues our quarter century involvement in the partnership region in a strategic and meaningful way, providing solutions to a real need articulated by the residents of the region. It provides us with a flagship project which can truly impact thousands of students – and their families. And it allows us to present a meaningful and impactful project to our donors in Chicago. A number of them have been so impressed with our first ICZ project that they chose to support it, and our partnership, with supplemental gifts in addition to their generous support for our annual campaign. With ICZ/STEEM we already see a number of donors, in Chicago and in Israel, supplementing the Partnership’s allocation with their own funds, a sign of their trust and belief in the project’s ability to affect change.

For the leadership of our community in Chicago, both lay and professional, this projects affords a source of tremendous pride. It is a way in which we stand by our sisters and brothers in Israel’s periphery, providing them with an important project that augments the government’s limited resources to help narrow the traditional educational gap between periphery and center. Where the government is unable to fulfill the needs of our students, philanthropy kicks in, and does so in a professional and fiscally cautious manner.

Most importantly, this project allows hundreds of children in Kiryat Gat, Lachish and Shafir to fulfill their potential and maximize resources otherwise unavailable to them. They deserve a chance to excel. We provide them with the tools to do that and a more promising horizon.