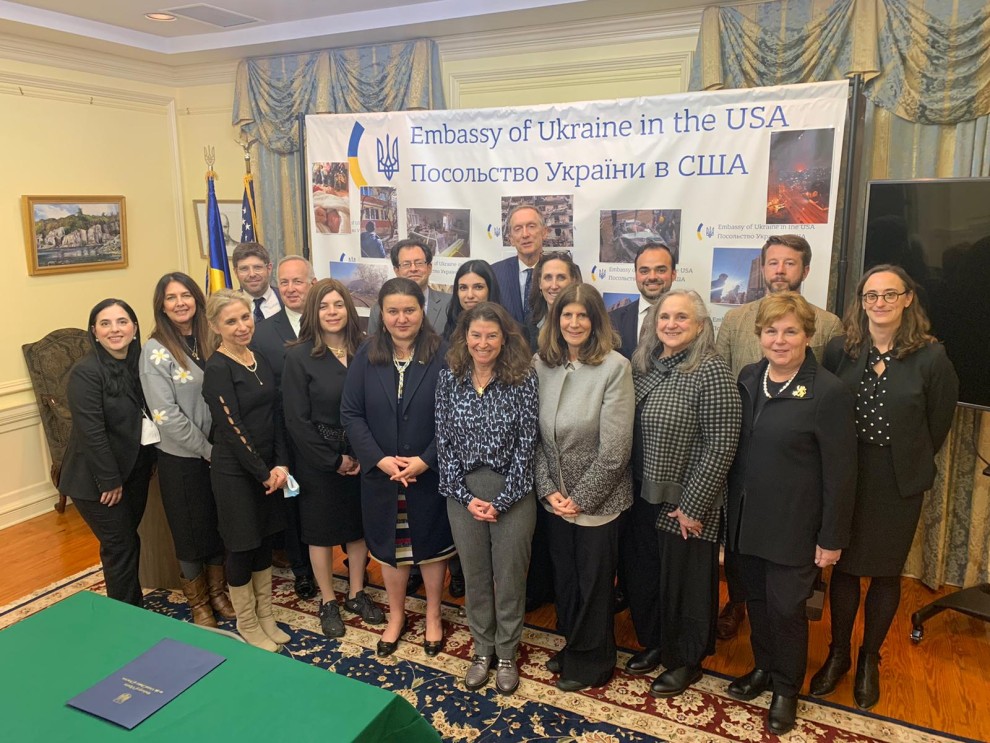 As the war in Ukraine rages on with over two million refugees fleeing the country, Jewish Federation activists from around the United States flew to Washington, DC on March 9th to advocate for humanitarian aid for Ukraine and support for refugees resettlement, led by Jewish Federation of North America’s Department of Public Affairs.

The group thanked the leaders for helping to secure over $14 billion in aid for the Ukraine crisis in the Fiscal Year (FY) 2022 Consolidated Appropriations Act and extend the Lautenberg provision, ensuring that Jewish and other Ukrainians fleeing the war can find safety, including by resettling in the United States - action items that Jewish Federations have championed. They also urged the leaders to expedite processing for Lautenberg cases and refugees with close family ties in the United States and examine raising the refugee admissions cap if needed.

“Jewish Federations are hard at work every day to advance Jewish communal policy goals that promote health, education and direct services, and that combat antisemitism and other forms of hate in the United States and globally,” said Elana Broitman, Senior Vice President, Public Affairs, for the Jewish Federations of North America. “The results of our advocacy efforts can be witnessed across-the-board, from initiatives that benefit Holocaust survivors and older adults, to increased funding for nonprofit security, to support of refugees and defense of Israel, and so much more.”

For more information on our work on Capitol Hill, click here.