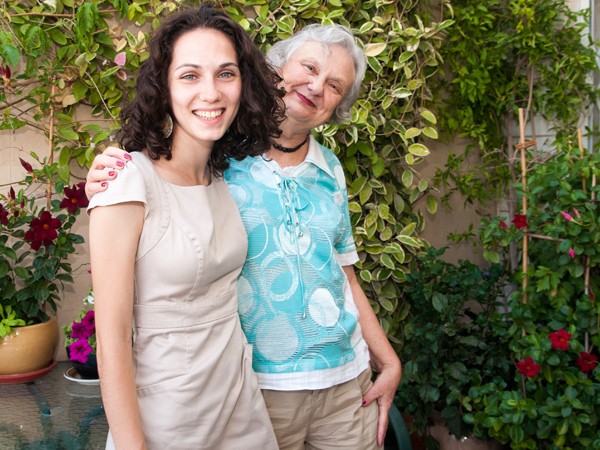 Growing up, Masha Shumatskaya was eager to become a leader in the Jewish community in her hometown of Donetsk in eastern Ukraine. A proud alumna of the American Jewish Joint Distribution Committee (JDC)’s Metsuda leadership program for young Jews, she also graduated from her town’s Jewish school and was an active participant in its youth clubs.

Imagine her grief, then, when fighting between government and separatist forces transformed her neighborhood streets into a battlefield. Quickly, escalating violence forced her to pack up and move nearly 200 miles north to the safety of Kharkov. Masha, at 24, was now one of 2,800 internally displaced Jews in Ukraine.

A Shelter in Tumultuous Times

For each and every one of those displaced, JDC, a Federation partner, is on the ground to help them weather the storm. In cities across the conflict-wracked country, workers are distributing extra food, medicine and medical care; providing emergency housing and home repairs, as well as extra bedding, heaters, utility stipends and clothing for Ukraine’s unforgiving winters; and even offering post-trauma counseling.

Yet their greatest resource might be their investment in people.

Masha is now utilizing the leadership skills she learned from JDC every day, albeit in a way she never foresaw.

Along with dozens of young Ukrainian volunteers, she delivers essential supplies to displaced elderly, at-risk children and families, and other vulnerable Jews affected by the violence. Her group is part of a new network of about 200 volunteers in 15 Ukrainian cities who are designing innovative programs to serve those just barely getting by.

“Thank G-d, I’m not in as bad condition as others,” Masha says. “I can work and support myself. For me it’s important and is an honor to be an ambassador for all the Jews in need in Ukraine, to volunteer through JDC.”