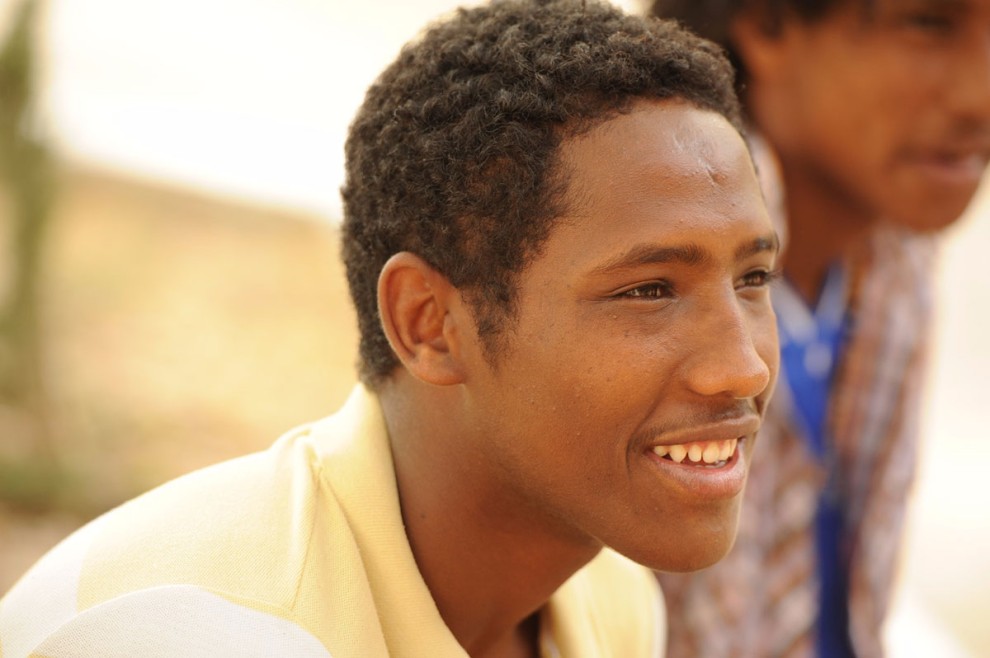 Mudin Makaria, a small farmer in Ethiopia, has struggled to make his crops grow. His land is desert-like; sandy, mineral poor and far from an adequate water supply. It’s been a challenge to feed and support his wife and seven children. Like all of the farmers in his community, he doesn’t have money to invest in technology or even access to learn about new planting or watering methods. But today, thanks to a special Israeli agriculture project, Tikkum Olam Ventures (TOV)—run by the Federation partner Joint Distribution Committee (JDC)—Makaria’s green fields now supply a bounty of tomatoes, onions, and hot peppers.

Named for tikkun olam, the Jewish value of “repairing the world,” TOV delivers the fruits of Israel’s AgTech labor, such as its revolutionary Drip Irrigation System. This life-saving program not only teaches farmers how to make their land arable and feed their families, but also helps them create a sustainable local economy.

Israel has much in common with Ethiopia—both regions are dominated by desert lands with limited water and small farming communities. “The idea behind TOV [is that] we were looking to bring these innovations that were developed in Israel and bring them to the developing world. And we were looking for a way to do it sustainably and create a model that would be replicable,” explained Eliran Douenias, a former JDC Ralph Goldman Fellow.

TOV will invest in five to 10 agricultural enterprises in Ethiopia, supporting more than 300 smallholder farmers, according to the JDC. Pilot sites will include Israeli drip irrigation equipment and other technology, hybrid seeds and specialized training. With increased crop yields and sales, farmers will be able to repay their loans, infusing the fund with new dollars that can provide loans to farmers in other locations.

Douenias pointed out four major challenges faced by Ethiopians as well as 500 million other smallholder farmers in the developing world: “Farmers don't get access to the capital in order to buy what they need for their farm. They don't have the access to the specific technology that can help them improve yield and income. They don't have the access to the know how that should be gathered with the technology. Finally, many of these farmers live off the road, hours and hours from the main city and the big markets.”

Small farmers in Ethiopia have to overcome all of these barriers—and TOV helps them do just that. Douenias said, “TOV's vision in Ethiopia is to create a way for farmers to get access to these innovations and technologies that can help them improve their lives by increasing productivity and income.” Israel’s technology and expertise has “significantly different compared to what I did before,” Makaria said, and he intends to use it in all his fields. Many of his neighbors have expressed that they, too, would like to join the project. Over the first five years, the program aims to reach 5,000 farmers and aid 22,000 local citizens.

As one of those 5,000 farmers, Makaria knows that he is growing so much more than fresh food for his family—he is planting the seeds for an economically nourished community, whose impact will be felt for generations.

Learn more about Federation's work in Israel and overseas.