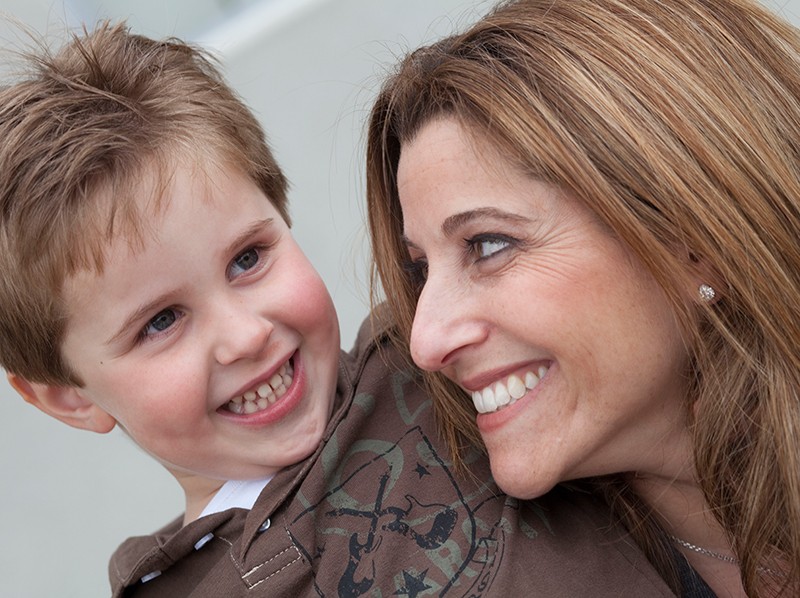 Robyn and Daniel Raskin had never seen a tzedakah box like it before.

It was white. Flat. And made of construction paper.

But since they started receiving books from PJ Library six years ago, mother and son are used to getting unexpected surprises delivered right to their door.

Funded in part by Federation, PJ Library sends vibrant, engaging children’s books on Jewish topics and themes to more than 175,000 families around the world—entirely for free. Admits Robyn, “I can’t remember signing up for the PJ Library program, but it was a wonderful gift that started coming” when Daniel was just six months old. He’s now a bright kindergartner.


Connecting to Their Roots

It’s been a blessing in their lives. “Being a mother is very important to me,” says Robyn. But as first-time parents, Robyn and her husband Gary weren’t sure how best to link Daniel to his Jewish heritage. “We’re not a religious family, but we’re definitely connected to Jewish culture, history and traditions,” as well as community, she adds.


PJ Library fits the bill perfectly. Some books, like Sadie’s Sukkah Breakfast and Red, Blue and Yellow Yarn, weave Jewish holidays and teachings into neat little tales. Others, like Mendel’s Accordion, bring Jewish history to life—no easy feat when your audience is only a few years old.


The books “offer meaning in a fun way,” says Robyn. “We’ve talked about Jewish traditions, we’ve talked about our family’s immigration.” At holiday celebrations, their curious little reader knows just what’s going on. And when Daniel falls in love with a new book, he brings it into school for storytime. “He’s proud of the information he’s sharing with his friends,” she beams.


Learning to Give Together

But nothing made Jewish values more tangible for Daniel than that do-it-yourself tzedakah box, a gift sent to all PJ Library subscribers. While he and Robyn put the pieces together and covered them with stickers, they spoke about what giving means—a very special mother-son moment.


“I told Daniel that when I was a child my grandma gave me a tzedakah box, too,” Robyn says. Her spare change went to help Jewish families in need put food on their tables. “We talked to him about our practices of giving, too,” which includes giving to Federation and other important community causes.


Daniel was inspired. For a year and a half, he saved his pennies. $22.73 later, they went together to their Federation headquarters, where Daniel told staff, “I want to give this money to children who can’t afford books.” It’s meant that much to him.


Six years ago, Robyn could hardly have imagined she’d be raising a budding bookworm and philanthropist. But thanks to PJ Library and their Federation, Daniel is growing in so many new ways—and the whole family is growing together as they explore just what being Jewish means.