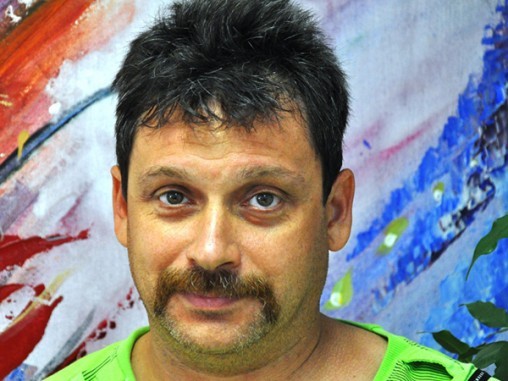 Yuri Sohriansky calls the situation in his hometown of Lugansk, in eastern Ukraine, “the end of the world. The houses across from ours in Lugansk were constantly under falling shells and rockets. There is no food, no medicine, everything is shut up. Roads are closed and in the nighttime there is in complete darkness. In the city, the separatist fighters roam.”

So this summer, with the help of Federation partner agency The Jewish Agency for Israel, Yuri, his wife and their two children fled Ukraine for Israel. The Sohrianskys now live at The Jewish Agency’s Beit Canada Absorption Center in Ashdod, studying Hebrew and adapting to life in a new country.

They’re not alone: some 5,800 new immigrants from across Ukraine made aliyah in 2014—more than double last year’s total. In the first three months of 2015 alone, 1,400 Jews from Ukraine have made aliyah

Ongoing fighting between Ukrainians and pro-Russian rebels has imperiled tens of thousands of Jews in eastern Ukraine. Many have been forced to flee their homes—the first time since World War II that Jews are displaced people in Europe. With support from Federation's Ukraine Assistance Fund, Federation partner agency The American Jewish Joint Distribution Committee has been delivering food, medicine and urgent health care to the most vulnerable—the elderly, the infirm and the disabled, many of whom are homebound.

Those who choose to escape Ukraine can turn to The Jewish Agency for help with everything from learning Hebrew to flight arrangements and transportation to the airport.

“Once the war began, the Israeli consul in Lugansk helped us leave Ukraine,” Yuri says. “We had passports, and soon we received assistance from The Jewish Agency…. They even escorted us to the plane which brought us to Israel.”

Yuri, who was a construction foreman in Ukraine, hopes to support his family “with honor and dignity” in Israel. A subsidy from The Jewish Agency will help the Sohrianskys rent an apartment in Ashkelon, a city they’ve visited before and fell in love with. And while they will continue to monitor the conflict in Ukraine and check in with friends and relatives, they’re happy to settle into their new lives in Israel.