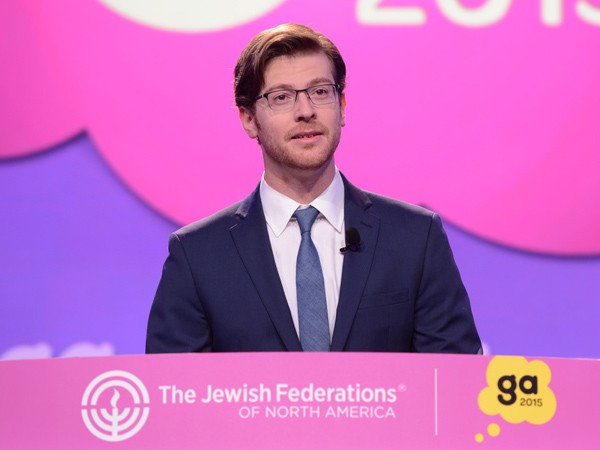 When he left the Soviet Union with his family at age 7, Michael owned nothing but the shirt he was wearing—complete with grease stain on the front pocket.

He had safely tucked the butter served on his flight to Israel there because he couldn’t imagine a life different than the one he had known: one of long lines for scant resources, where “Jewish” was just a word he saw on packages of medicine or food smuggled in by Federation partner the American Jewish Joint Distribution Committee (JDC).

But once the plane touched down in Tel Aviv, Michael and his whole family sensed right away that things would now be much, much better in this new country—their new home.

A Strong Hand and an Outstretched Arm

The family’s journey was part of Operation Exodus, an unprecedented effort by Federations to help Jews escape the crumbling Soviet Union more than two decades ago. This hard-fought battle, which catalyzed Jews around the world during the 1980s and 1990s, helped 700,000 Soviet Jews like Michael trade oppression for freedom by starting new lives in Israel.

It wasn’t an easy transition. These olim arrived en masse, exhausted, with little to their names. But Federation partner The Jewish Agency for Israel was prepared. From arranging their flights to providing subsidized housing, Hebrew lessons, job counseling and so much more, their efforts helped make this radical change smoother.

Though he now says he feels like a sabra, or a native Israeli, Michael has never forgotten that fateful plane ride—or how the largesse of strangers transformed his life.

He recently launched a company that translates complicated government reports into murals in poor communities worldwide, to make sure all citizens have the knowledge they need to participate in their governments.  In Russia, with the support of the JDC, he helps dozens of Jewish communities launch innovative programming that will ensure a robust Jewish future.

And in an enduring tribute to his ancestors, Michael adopted the last name Aharon—the original name of his grandfather, who, when the Nazis surrounded his Red Army unit in WWII, was forced to bury his documents and change it to Andrey. He later spent his final years in Israel.

For Michael, his life’s mission is to acknowledge and pay forward the kindness Federation offered his family and so many others. “My family’s freedom was only possible because Jews worldwide came together and fought for us,” he says. “For me, Operation Exodus is not merely a slogan; these two words changed my family’s destiny.”