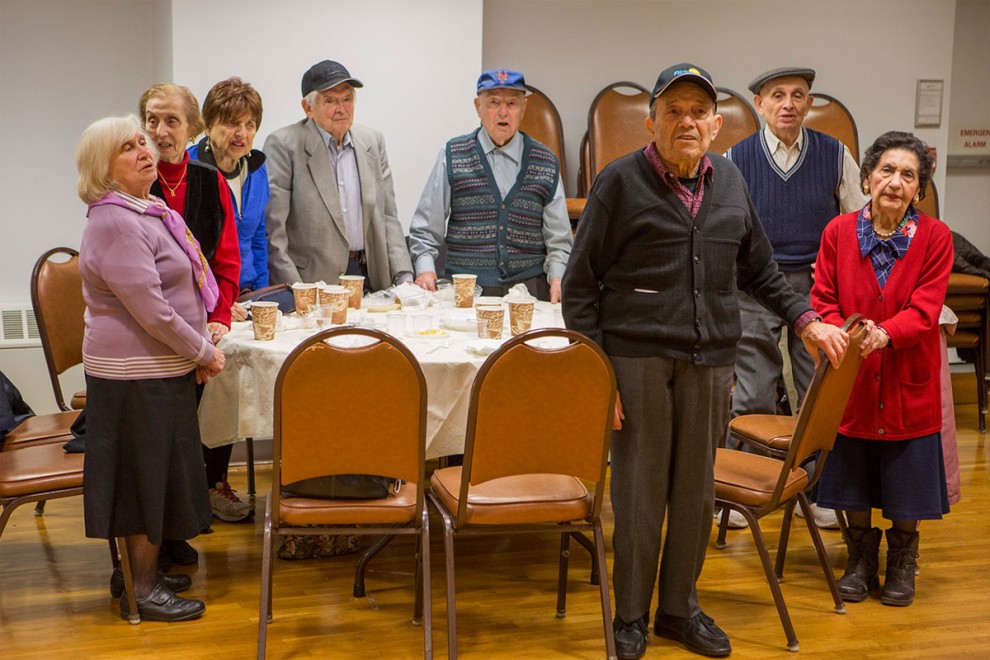 A small bowl of watery soup. A few meager ounces of bread. A cup of imitation coffee. This was Irina’s daily food ration. First at Kraków-Płaszów. Then Ravensbrück. Then, Auschwitz.

For more than three years, the young teenage girl from Poland starved.

And yet somehow, she endured.

Irina endured sleeping on cold, dirty straw, night after night, crammed together with her fellow concentration camp prisoners. Two thousand of them sharing one filthy bathroom. She endured hours of standing without moving a muscle, at risk of being beaten, for the morning headcount. She endured the pain of what she witnessed every day: people being rounded up, tortured, sent away. Never to be seen again.

Then it was her turn. She was rounded up for the death march and forced to walk for weeks, in sub-zero temperatures in a threadbare striped uniform. Those who couldn’t keep up or tried to run were shot in the back.

Death was all around her. Bodies and blood littered the ravines. Somehow, she kept going through this terrifying nightmare.

By the time Auschwitz was liberated in 1945, the Nazis had murdered 1.1 million people there. However, Irina survived.

In the years that followed, Irina slowly began to build a new life, but the trauma of the concentration camps never left her; the fear of starvation remained. She would stock her refrigerator and pantry with more food than she could ever eat, even if the food had expired.

As Irina became older and frailer, she wanted to continue living in her own home. And she wasn’t alone: according to the AARP, nearly 90 percent of older adults wish to remain in their homes. For Holocaust survivors, aging in place is even more critical because relocation and the uniforms, confinement, and routines associated with institutional living can trigger traumatic memories.

The Jewish Federation understands this.

We are there for Irina, just like we are for hundreds of other Holocaust survivors. A member of Irina’s Jewish Federation reached out to her and spoke to her about her interests and the classes offered. Irina was excited about going to a cooking club, so they set everything up, including transportation.

Irina felt at home in the company of other Holocaust survivors. She formed a bond with her new friends immediately. They talked, cooked and ate together. Irina went home feeling that her soul had been fed.

There are an estimated 80,000 Holocaust survivors in the United States, and Federation is here to help them. Many survivors like Irina live alone and are at risk of social isolation, depression and other physical and mental health conditions that result from long periods of starvation, disease and torture.

Federation wants to help every Holocaust survivor cope with their trauma and live the rest of their days feeling cared for, supported and treated with the respect and dignity they deserve.

Learn more about Federation's work with Holocaust survivors through the Center for Advancing Holocaust Survivor Care and read more stories from the people helped.