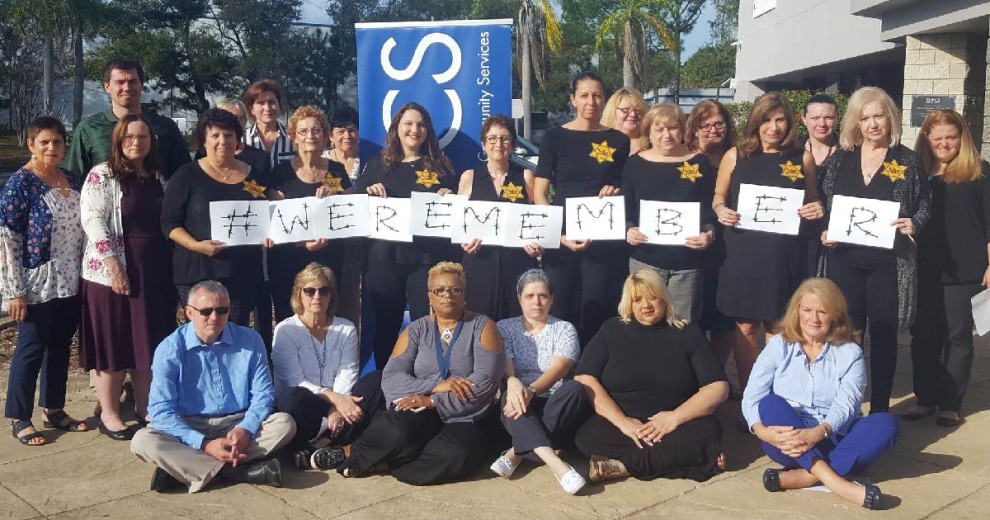 In December, a building with special meaning to my family and me was completed. This new apartment complex in the heart of downtown Tel Aviv is now home to hundreds of struggling Holocaust survivors. It’s part of the Amigour Housing Program, supported by Jewish Federations through our partner, The Jewish Agency for Israel, which provides affordable housing to enable the elderly population in Israel to live with dignity.

My family made a contribution toward the new building, which is named for my father, Joseph Wilf, z”l. This is a fitting legacy for a man who not only was a Holocaust survivor himself but was dedicated to supporting the State of Israel by doing the hands-on work of literally building the country. One of the lessons he learned from the Holocaust — and taught his children — was that a strong Israel is necessary to the future of the Jewish people.

People around the world continue to reflect on the lessons of the Holocaust. In 2005, on the 60th anniversary of the liberation of Auschwitz-Birkenau, January 27th was designated by the UN General Assembly as International Holocaust Remembrance Day.

For Jews all over the world, Yom HaShoah, the anniversary of the Warsaw Ghetto uprising which is observed after Passover, has been a day for commemorating the Holocaust since 1951. Some countries also hold their own Holocaust commemorations on other dates. But it is nonetheless an amazing accomplishment to have a worldwide, secular day dedicated to remembering the victims of the Nazis and promoting Holocaust education.

As the son and grandson of Holocaust survivors who instilled in me the critical importance of Jewish community and continuity, I am strongly committed to the cause of Holocaust education. I’m proud of the advocacy work of Federations across North America — including a grassroots effort by Holocaust survivors themselves — on behalf of the Never Again Education Act, which was signed into law in May 2020. This legislation will help ensure that the lessons of the Holocaust are taught for generations to come.

My special passion, though, is for remembering and caring for those survivors who are still among us. Our communities, locally and globally, work hard to ensure that Holocaust survivors receive the care they need. JFNA’s Center on Aging and Trauma, a project of our Holocaust Survivor Initiative, has served over 15,000 survivors and provided nearly 150 grants to agencies around the U.S. to develop innovations in person-centered, trauma-informed care. Through our international partners the Jewish Agency and JDC, we provide services to tens of thousands of Holocaust survivors in Israel and the former Soviet Union.

This year, I encourage you to commit to getting involved with the International Holocaust Remembrance Day on January 27th. Here are just a few ways:

Above all, on this day and throughout the year, please keep our precious Holocaust survivors in your thoughts. Reach out to survivors living in your community and join me in my personal mission to make sure that each one receives the dignity and care they deserve.

Mark Wilf is Chair of the JFNA Board of Trustees.